I love shrimp and I hope you do too.  I’ve been meaning to post this recipe for cilantro lime shrimp with paprika for some time now.  I made it back in November, 2014 and took a photo with my old  Panasonic Lumix point and shoot and it has gotten huge amounts of views and shares on Pinterest.  I love my Pinterest!  Check out my Pinterest boards.  The photo above is the one that has gotten lots of re-pins on Pinterest.

Well, I knew at the time that I made this shrimp, that it was a killer recipe.  It tastes sooo good!  On Pinterest, I shared the basics for the preparation, but there are some steps to make it the best shrimp you have ever had!  And I don’t think that I am exaggerating.  Prepared like this, the shrimp is sweet, juicy and totally delicious. 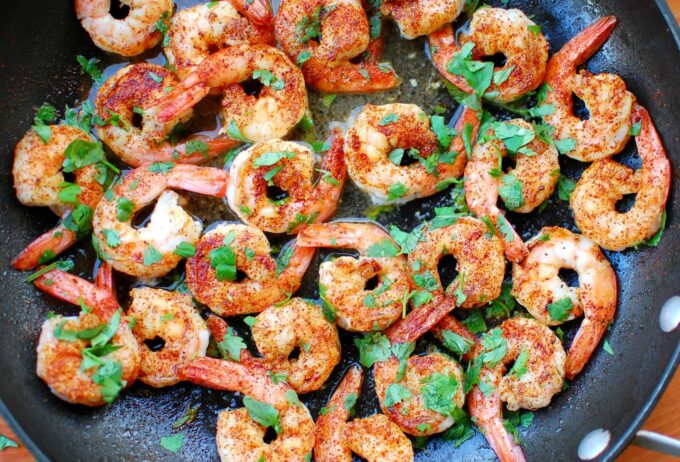 I made this yesterday at my daughter Amy’s, (hi Amy!), and it was really good…but…I forgot to sprinkle the paprika on at the end!  I couldn’t believe it when I went to write this post last night and looked at the photos….no paprika?!!  This is Cilantro lime shrimp with paprika.  That shrimp was moist and delicious but didn’t have paprika.  I know now that I should write down what I’m doing otherwise these memory lapses are apt to occur!  Anyway, I got to eat lots more shrimp again tonight and it was glorious!  Don’t forget the paprika.

The key to making moist shrimp, is to not overcook it.  By searing one side of the shrimp, then taking it off the heat to finish the other side is the key.  After two minutes under a lid, the shrimp will be perfectly done.  Moist and tasty. 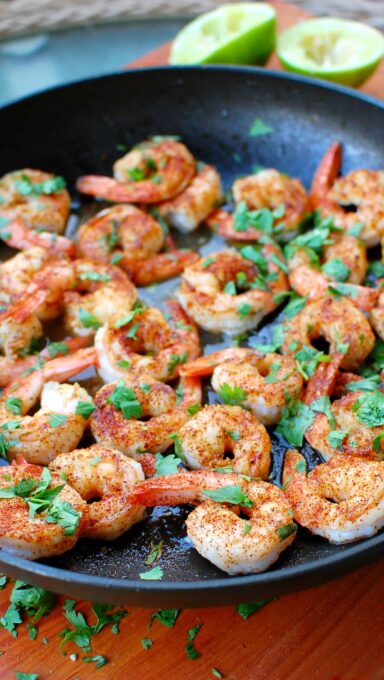 I told Mary Jo that I thought this shrimp was about as good as the shrimp I had as a kid in Biloxi, Mississippi where I had breaded shrimp that was cooked straight out of a live well.  Sweet and wonderful.  She thought that this was probably better…Thank you dear! 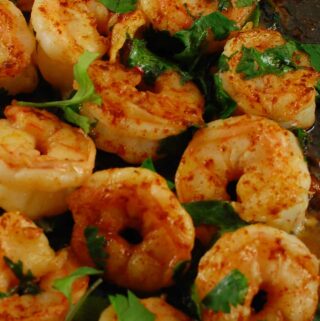