Caribbean salt cod fritters are not something I’ve thought of making until now. This recipe makes plenty for a crowd and tastes fantastic. 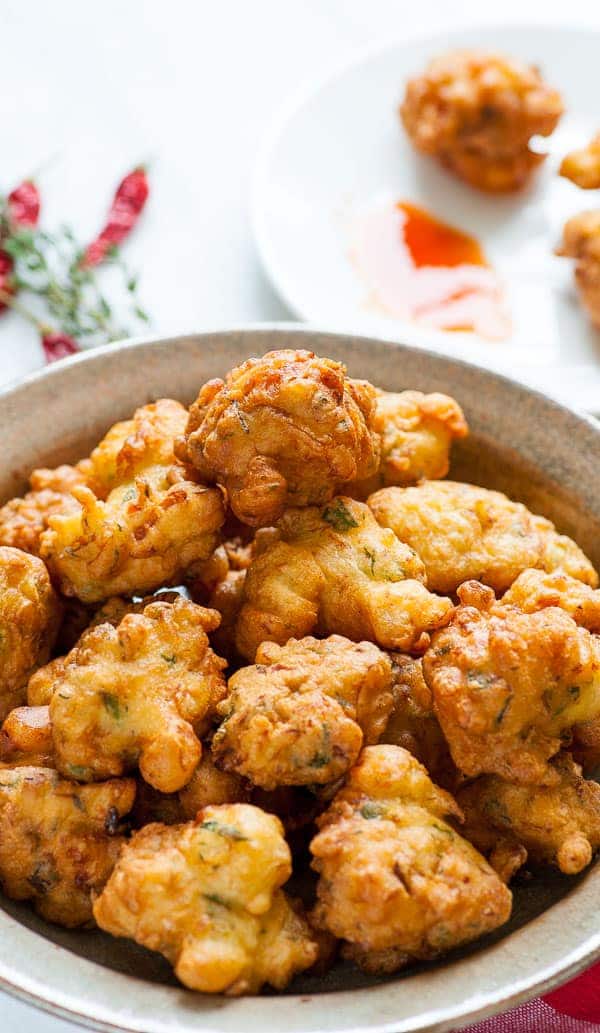 This recipe is courtesy of Chef Mireille from The Schizo Chef.com.  She cooks multi-cultural dishes, lives in New York, and is in the Food Bloggers Recipe Swap group on Facebook.  I’m a seafood fanatic and Chef Mireille’s Caribbean salt cod fish cakes recipe seemed the perfect recipe to make and share. 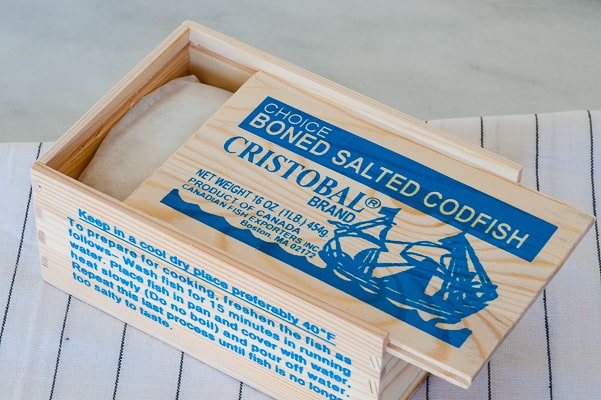 I was not familiar with salted codfish so a little research was in order.  Seems that it is prevalent in the Caribbean as well as Scandinavian countries, around the Mediterranean and Canada, which is where my fish was from.  It just makes sense that preserving fish by a drying method, like using salt, was a natural.  Actually done hundreds of years ago to preserve meats and fish.

I found this salted cod at Whole Foods and they actually had 3 or 4 different brands to choose from.  I read some other salt cod recipes that talked about picking the bones out of the flesh and I definitely opted for the boned salted codfish. 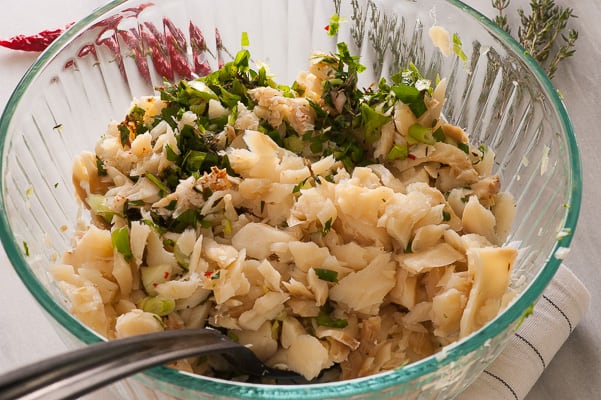 The fish comes neatly packed and still full of salt which means that you have to soak it for a length of time to get the saltiness out of it.  24 hours in the refrigerator, changing the water a few times in between, left the fish nicely unsalty, smelling and tasting like nice fish.  Boiling the fish for 15 minutes or so further releases the salt and makes the fish very flaky and suitable for the fritters. 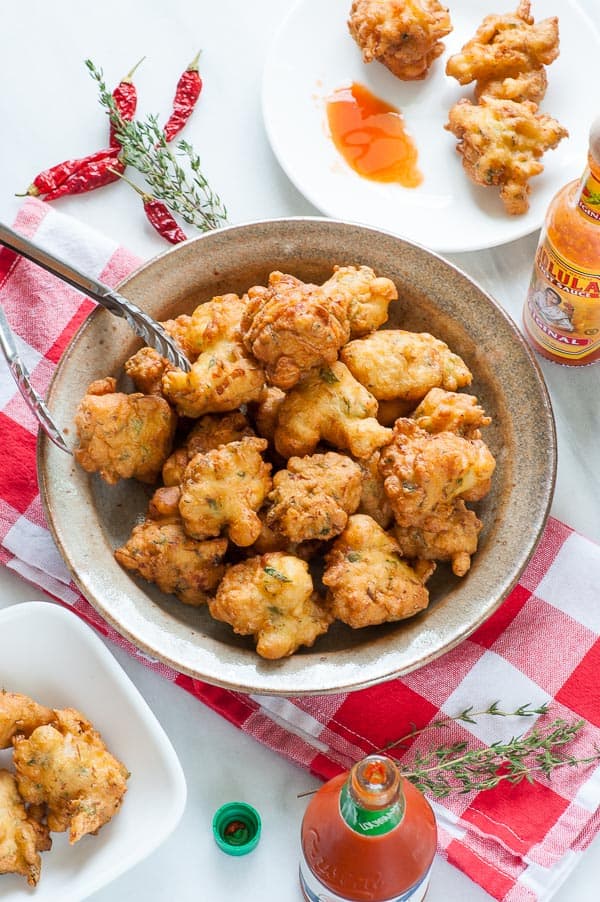 Cod Fritters for a crowd

This recipe makes a lot of cod appetizers since you only drop a level tablespoonful of the batter for each fritter.  They end up having a nice fish flavor, (not bad fishy but good ), and as much heat as you are willing to accept.  Chef Mireille used a scotch bonnet pepper in her recipe.  I’m not so brave or accustomed to quite that much heat, so I used a couple thai chiles that I got from my friend Manny, augmented with some cayenne pepper. 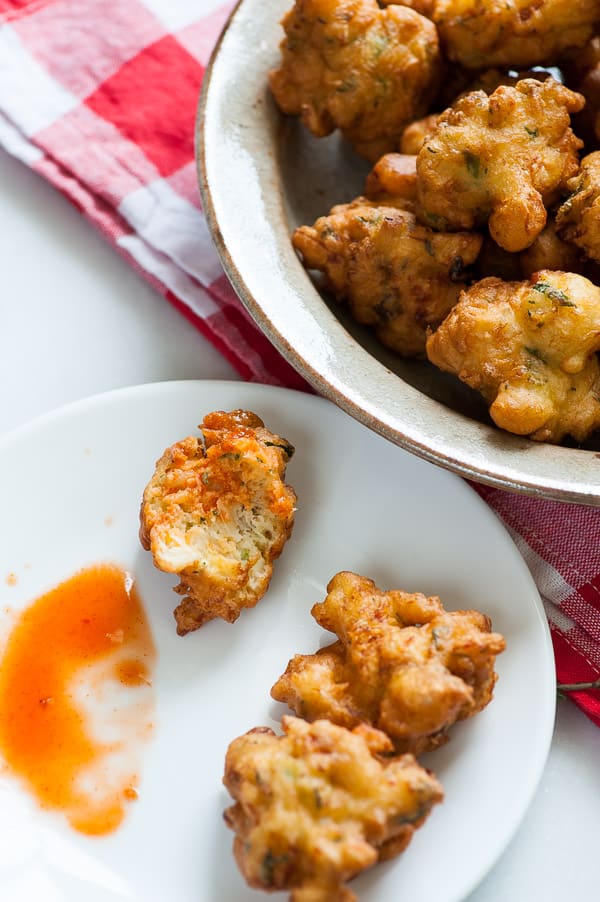 These Caribbean salt cod fritters would be a perfect appetizer for a crowd.  Think New Year’s or Super bowl party.  Make them ahead of time and keep warm in the oven.  I’m sure everyone would gobble them up.

Make sure to check the codfish fritters recipe notes for a great tasting dipping sauce to go with the fritters. 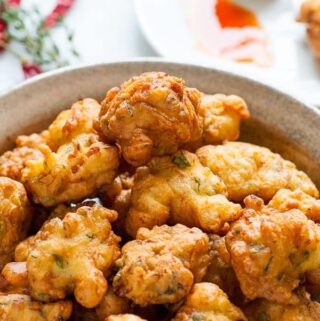