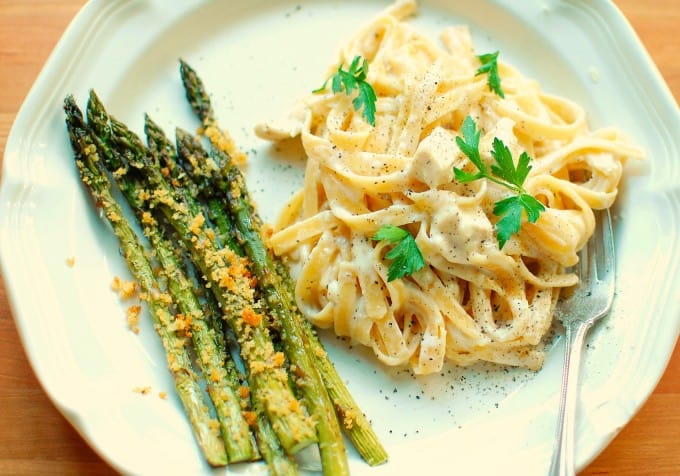 I’ve been cooking quite a bit in the last few months and there is one thing about the whole process that I don’t like.  Clean up!  Right?  Who likes washing dishes.  I’m sure that most of you would prefer to leave that task to someone else.  I think MaryJo would cringe when I started trying some recipes because I have a habit of dirtying lots of bowls and spoons, and then kind of leaving the mess for her to clean up.  Well, I am getting so much better at cleaning as I go.  Aren’t I dear?   (Crickets chirping)….

Now, let us  get to the meat of this post…let’s dirty fewer dishes by cooking everything in One Pot!

I got positive responses to my One Pot Lasagna and One Pan Supper Medley so I thought that One Pot Chicken Alfredo would be another good dinner option.  And this being the first time I tried this, it turned out really well…after a few minor adjustments at the end of cooking.  I thought that I had the liquid quantities solved because of the other one pot meals I made.  Turns out that this fettuccini absorbed a lot more liquid than I expected so at the end, I added some more liquid (half and half) to make the creamy sauce.

The major thing to take from this experience is that if something is not working quite right, it can be fixed.  So I hope you like this recipe.  Adjust it as you see fit by adding more garlic or a little more liquid.  I think this is a good alternative to dirtying more dishes and it tasted great. 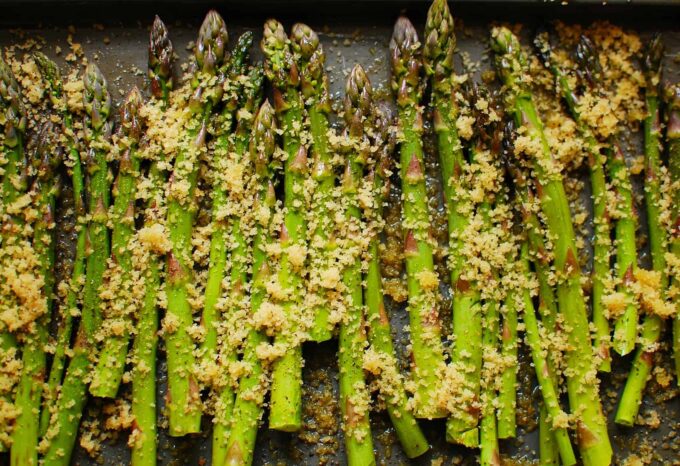 The asparagus was roasted and kicked up with some bread crumbs made from a slice of MaryJo’s homemade wheat bread.  Just cut the crust off a slice of bread, cut it into cubes and pulse in a food processor until it is fine.  I drizzled in about a teaspoon of olive oil to the bread too, so it browns nicely.  Place the asparagus on a sheet pan, drizzle with some olive oil, add salt and pepper, then sprinkle on the bread crumbs.  Bake at 350 degrees for around 20 minutes.  The bread crumbs have a nice crunch and give the asparagus another flavor dimension. 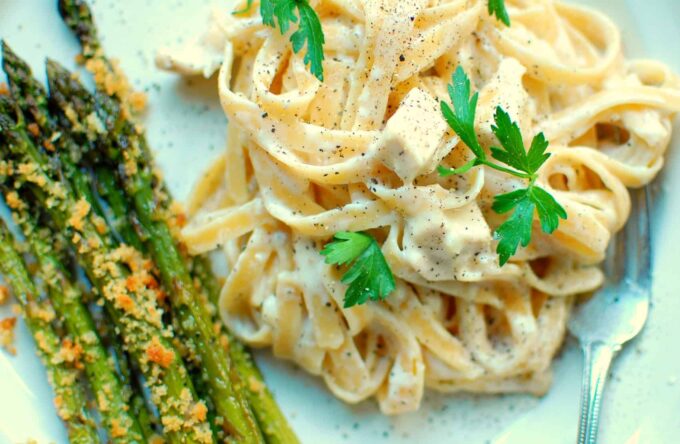 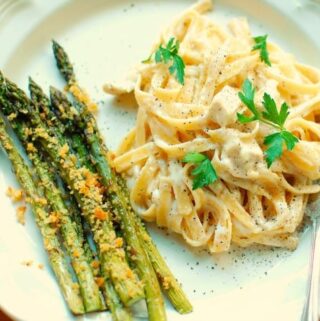 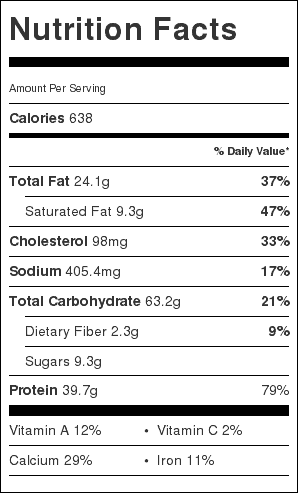