Orange chicken is something I’ve really never eaten but I’ve seen pictures of it and it looked so dang good that I had to give it a try. This is my take on Chinese-style orange chicken. 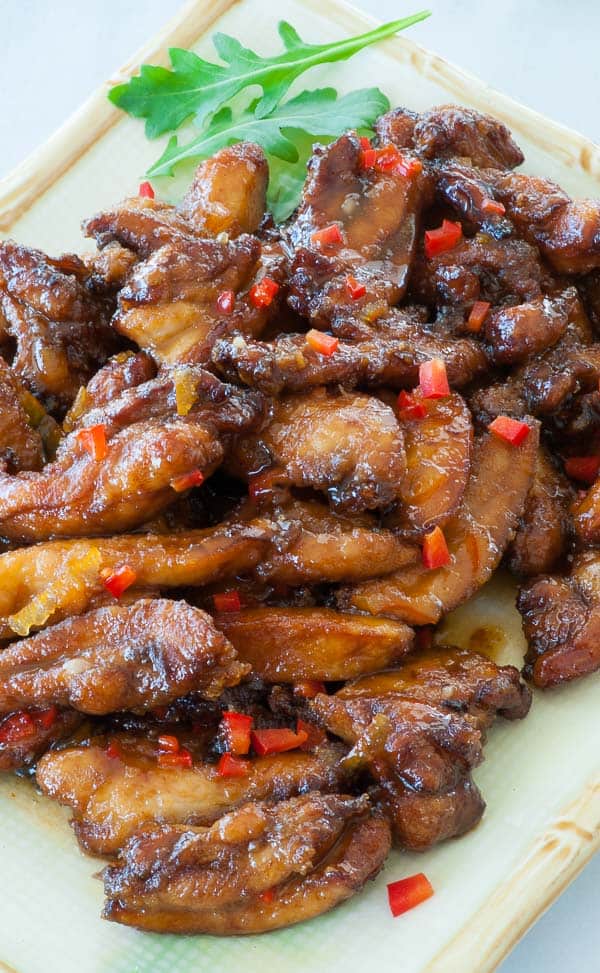 I started with boneless, skinless chicken thighs and trimmed the excess fat off, and mixed up a marinade of mushroom soy sauce, cooking sherry, and grated ginger.  I put it all into a gallon-sized plastic bag and refrigerated it for an hour. The mushroom soy sauce is labeled Pearl Gold Bridge, a product of China. It is really thick like aged balsamic vinegar and very dark colored which gave the chicken the dark tone. Regular low sodium soy sauce would be just fine to use too. 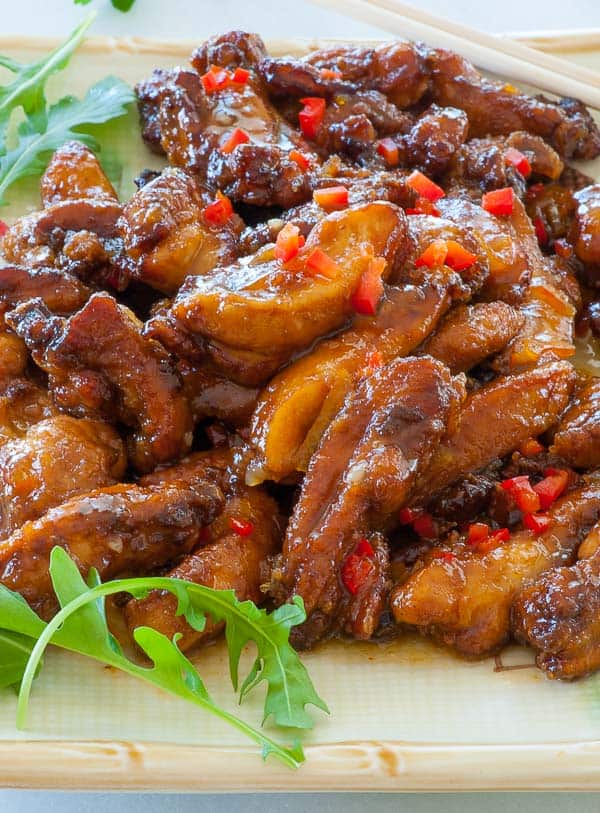 I experimented with the orange glaze and came up with the proportions in the recipe. It’s a tasty sweet sauce. For the more adventurous person, and one who likes a little spiciness, a few red pepper flakes would be in order. Probably a half teaspoon. 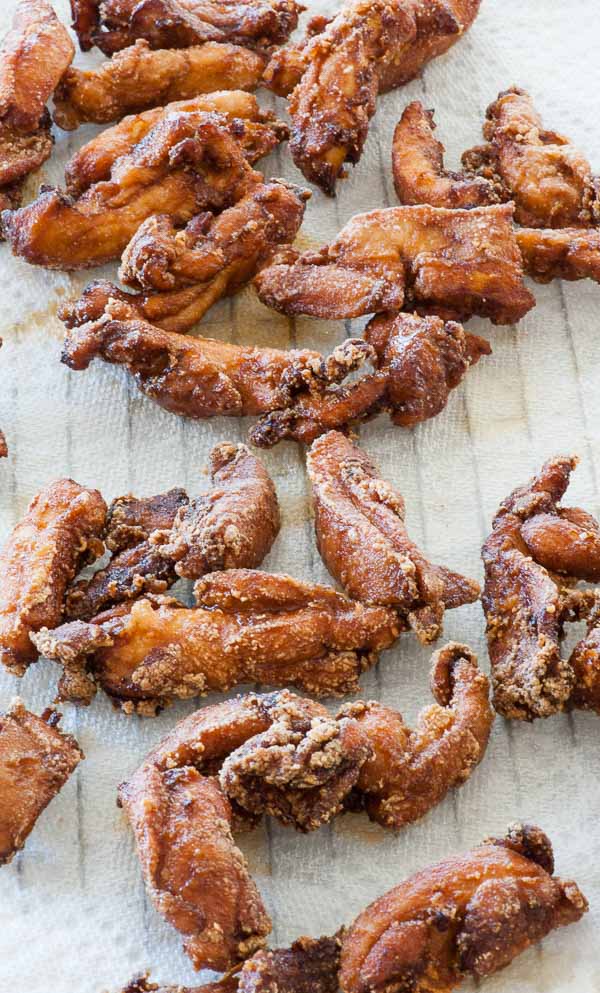 The marinated chicken got a dusting of cornstarch. MaryJo used a small wire strainer to tap the cornstarch onto the chicken while I, with the marinade-covered fingers, turned the strips to coat each side. You could dip the pieces into a bowl of cornstarch, but I find that it sometimes gets too much on the chicken and causes the pieces to stick together when put into the oil. If you want to dip the chicken, I’d recommend that you use paper towels to dry the chicken some before the cornstarch drench, then shake off any excess.

I used a high-sided 12″ skillet to fry the chicken in about a half-inch of canola oil.  It only takes a couple of minutes to fry the strips. I did it in two batches and then placed the fried chicken onto a paper towel-lined rack.

Mix up the orange chicken sauce in a separate large skillet then toss in the fried chicken to coat. I used a bit of Mae Ploy sweet chili sauce which I’ve used in other recipes such as Bonefish Grill Bang Bang Shrimp. If you don’t have some of this, it can be skipped unless you think you’ll use more of it. The bottle says it has a 2-year shelf life. I refrigerate it. 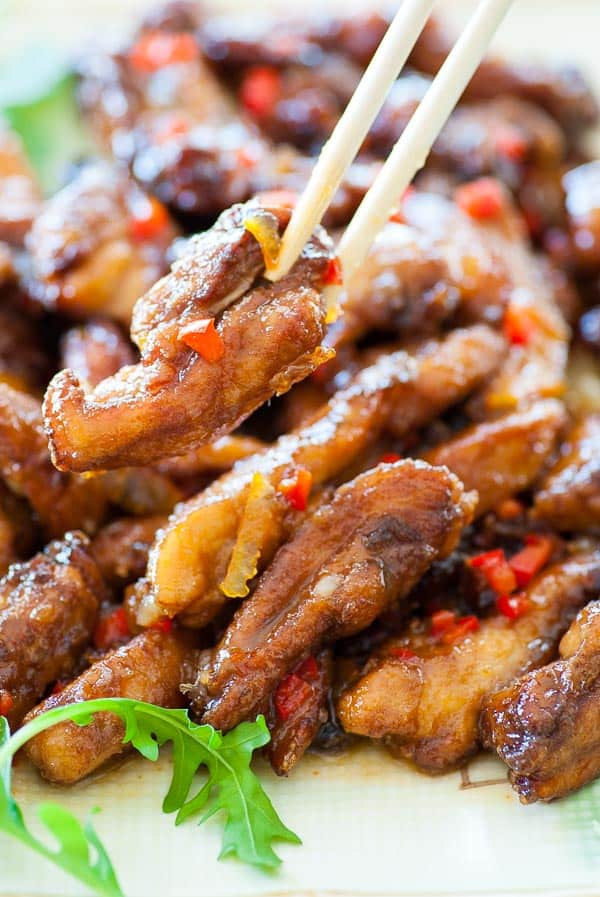 The result is very tasty chicken strips. We ate it on a bed of rice with a side of snow peas. It’s another awesome way to prepare chicken.

And be sure to take a look at these tasty recipes: 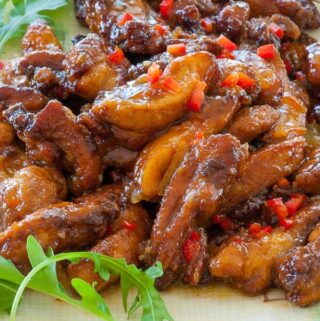